Our earliest seminar on Saturday morning is the Experimental Brewing Seminar, running from 9:30am – 11:30am. The result of a brainstorming session geared toward including innovative brewers who are mapping out the future of craft brewing, but may not be geared toward packaging or nationwide marketing, the Big Beers Festival is pleased to host “Brewing Outside the Box: Brewers Gone Wild!” David Edgar will once again be moderating our Experimental Brewing Seminar.

As experiments go, things change.  This seminar shifted several times during its evolution, yielding some really interesting experiments and scientific considerations.  Here is a summary to set the stage for this presentation & discussion of findings throughout:

After the IBU arms race came to an end several years ago, American IPAs continued to evolve, thanks to both brewers’ innovation and a shift in consumer preference. This shift gave way to the advent of “juicy” IPAs, including New England-style IPAs, as brewers began experimenting with beers brewed with more hops overall but less bitterness. This new approach to IPA brewing is characterized by a significant reduction in kettle hop additions, but sizable increases to both whirlpool and dry hop additions.

These drastic changes in hop usage over the past few years have made it difficult to use standard IBU calculations, and even certain methods of testing IBUs, to effectively quantify beer bitterness. Bitterness is especially difficult to quantify for beers with extreme dry hop levels (ranging from 2 lbs per bbl to 10+ lbs per bbl), since humulinones and oxidized alpha acids contributed during dry hopping can impart more bitterness at extreme dry hop levels, and can decrease bitterness at lower dry hop rates. Several studies and papers published over the past year or two have helped to shed more light on the subject, but there is still a lot more research to be done before we solve the problem of quantifying bitterness in modern IPAs.

In this seminar, brewers from New Belgium, WeldWerks, Cerebral and Outer Range will present several different IPAs, each brewed with varying hop schedules and dry hop rates, along with the bitterness measurements provided by New Belgium. Tasting these beers as compared to the bitterness measurements will help attendees gain a better understanding of the impact that dry hopping has on bitterness. Additionally, Ross Koenigs will present the results of New Belgium’s trials in measuring bitterness of a beer brewed with zero hot side hop additions and dry hopped at four different rates. 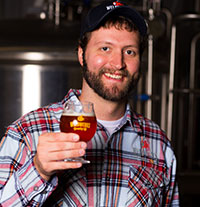 Neil has been homebrewing for more than five years, and since his first batch he dreamed of opening his own brewery. WeldWerks Brewing is the culmination of that dream.

Less than a year into brewing, WeldWerks won a silver medal at the Great American Beer Festival in 2015. Earlier this year, WeldWerks was voted the #1 new brewery in the country in the USA TODAY® 10Best contest.

Neil credits the Big Beers Festival as one of the catalysts for the creation of WeldWerks, both as the venue for the initial discussions with Colin Jones, Co-Founder of Weldwerks, and as the wager that fueled the business plan. Neil had made a commitment that if he won any medals in the Big Beers Homebrew Competition, he would start a brewery… and he did. 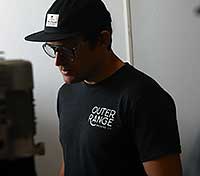 Lee is the Head Brewer and Co-Founder of Outer Range Brewing Co. He is a graduate of the American Brewers Guild Brewing School, and homebrewed for over a decade before pursuing a formal brewing education.

Having gone to high school in Brussels and interned in the brewing scene in the Northeast, Lee focuses solely on Belgians and IPAs, primarily New England style. 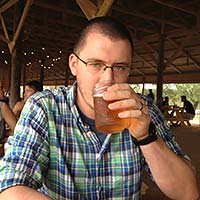 Sean Buchan is the Owner/Head Brewer at Cerebral Brewing in Denver, Colorado.

A Colorado native, Sean earned his Doctorate in Physical Therapy at the University of Colorado before quickly losing faith in the health care industry. Homebrewing paved the way for his transition into professional brewing and he hasn’t regretted the transition since.

Founded in the fall of 2015, Cerebral focuses heavily on Brettanomyces/ wild fermentation, inspired hoppy beers and barrel-aging. Shortly before their 1st anniversary they took home a Silver medal at the Great American Beer Festival (Brett Beer) in 2016. 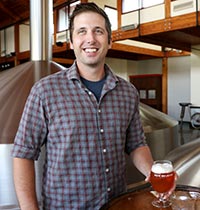 Originally from the Milwaukee, Wisconsin Ross has been a Colorado resident for the last 7 years.  He has a background in Chemistry and Anthropology and holds a Diploma in Brewing Science from the Institute of Brewing and Distilling in London.