Interested in tips and tricks to nail that elusive Belgian style? Join Charlie Gottenkieny, Co-Founder of Bruz Beers and winner of the coveted Big Beers, Belgians & Strong Ales Homebrew Competition Best of Show crown (2013), as he explores the brewing techniques needed to dial it in – Belgian style. 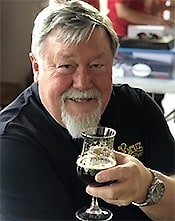 Charlie has been brewing beer since 1988. His extensive international travel has given him the opportunity to visit breweries in Germany, the Netherlands, England, Scotland and Belgium.

Charlie’s experiences in the Belgian beer culture started his intense interest in Belgian beer styles. As a homebrewer, Charlie won more than a hundred awards in major beer competitions, including a number of Best of Show awards. He is the only two-time winner of the American Homebrewers Association’s Homebrewer of the Year award (Best of Show at the National Homebrew Competition). Charlie has been part of the Beer Judge Certification Program (BJCP) since 1994 and is s a National-level beer judge.

Charlie is also involved in a number of beer education ventures. As a co-founder of Better Beer Scores, LLC, Charlie has trained hundreds of beer judges all over the U.S. and internationally on brewing and beer styles. He has authored more than a dozen beer programs and has taught brewing classes at several local colleges and at Bruz Beers, an artisanal Belgian-style brewery. Charlie also speaks on craft beer to brewing organizations and civic groups, and has been a guest on the Brewing Network, American Craft Beer Radio and the Modern Eater show on iHeart Radio.

Outside his interest in brewing, Charlie’s career has included sales performance consulting, radio broadcasting and advertising. 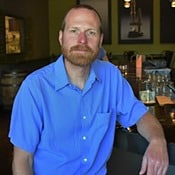 George has been passionate about beer and fermentation science since right around the turn of the millennium.

After spending ridiculous amounts of money and time homebrewing, reading brewing texts, and begging pro brewers for any information possible for years, he opened a homebrew shop, Lafayette Homebrew Supply in 2013.

Though he closed the doors in 2017 for various reasons, Lafayette Homebrew Supply maintained 5 stars on multiple online platforms and was known for its top notch expertise and customer service. During that time, he worked with many pro breweries on collaboration beers, special classes and events, and philanthropic projects.

After closing the shop, George was in beer sales, then managed White Labs small taproom in Boulder for several months which transitioned into his current sales role with White Labs. George’s MO is being just as much technical advisor to brewers in the field as he is sales representative.

Much has changed – and continues to evolve – in the equipment designed and available to create the beer in your glass. Meet the inventors and engineers of some of these tools and equipment as they discuss the tangible brewing changes they have precipitated, how they came to be, and those they believe will be on the way soon. 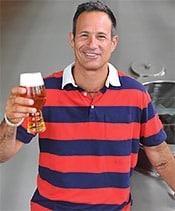 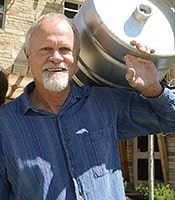 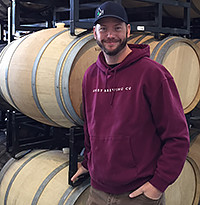 An Avery employee of 11 years, Dan has been involved in all aspects of production, and currently ensures the integrity and quality off all beers produced at Avery Brewing’s modern brewing facility in Boulder, Colorado.

Through Dan’s tenure with Avery Brewing he has also helped with the development and education of Colorado State University’s Fermentation Science Program, and continues to volunteer his time through educational lectures.

As a member of the craft brewing community for 13 years, Dan’s excited to see what the future holds in technological and scientific advancements as well as industry trends. 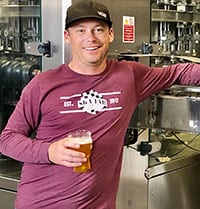 As a co-owner of Ska Brewing Company since 1997, Matt has spent his time on the brewery deck and in the packaging hall. He was able to translate some of that time served into product development and spin-off Ska Fabricating.

Matt developed a small footprint Can depalletizer that helped to make canning easier and more cost effective for small brewers. Since the development of the original Can-i-Bus Depalletizer, he and his team have helped over 600 craft beverage manufacturers in nearly 20 countries “get it in the can.”