New in 2017, and tremendously well-received, the Big Beers Festival activated in the Town of Breckenridge to create some terrific events in conjunction with Breckenridge businesses. Although there will be many events going on in addition to this list, these breweries and event hosts have gone the extra mile to add something extra to their event… education, food pairings, community connection, music, art, etc. In return, we have offered each event host and supporter an honorary Big Beers sponsorship with benefits.

Many thanks to everyone involved, and have a wonderful Big Beers weekend!

Big Beers Pinky’s Out Tap Take Over Party
Where: Kenosha Breck, 301 South Main Street, Breckenridge, CO
Date and Time: Thursday, January 9th, 2020 (Tap Take Over will go all day long, the live music will start at 8:30pm at the #UpBar)
Cost: No Cover
Details: This is a big one! We’ve got the Team from BreakThru Bev along with the likes of Weldwerks, Amalgam, Casey, Mikerphone, Speciation, Rare Barrel and Rowley Farmhouse taking over all 32 of our tap handles. We’ve got the Velvet Jackets taking the stage at 8:30pm for a spectacular night of phenomenal beer and great live music. To take it up a level, try some menu pairings with featured Breakthru beers on draft!

Great Divide and Marble Distilling Beer Cocktail Pairing
Location: The Crown, 215 South Main Street, Breckenridge, CO
Date and Time: Friday, January 10, 2020 from 4:00pm – 6:00pm
Details: Get your mixology hat on for a tasty and inventive cocktail creation session with Great Divide and the folks with Marble Distilling. Three specialty cocktails will be featured throughout the event.

Beer Mixology Featuring 4 Noses Brewing
Where: Après Handcrafted Libations, 130 South Main Street, Breckenridge, CO
Date and Time: Friday January 10th, 2020 from 5:00pm – 7:00pm (cocktails available all weekend)
Details: We’re celebrating Big Beers, Belgians & Barleywines Festival with an awesome beer mixology party! We’re tapping three exciting beers from our friends at 4 Noses Brewing Company and making special cocktails with each! Join us to sample unique beer cocktails that will only be available over the Festival weekend! On Friday from 5-7pm mix and mingle with folks from the brewery and take home recipes that you can recreate at home!

WHAT IS BEER MIXOLOGY?
A beer cocktail is a cocktail that is made by mixing beer with a distilled beverage or even another style of beer. Typically the primary ingredient is beer. The end goal is simply to mix some style of beer with other ingredients to produce a finished balanced drink just as we do with all of our handcrafted libations!!

WHAT IS 4 NOSES BRINGING?
For now, it’s a SURPRISE! Beers to be announced soon!

Protect Our Winters Benefit
Location: Rocky Mountain Underground, 114 South Main Street, Breckenridge, CO
Date and Time: Friday, January 10th, 2020 at 6:00pm
Details: Join us at RMU for a POW benefit with Avery, Boulevard, Dry Dock and Upslope. $1 from every White Rascal sale will be donated to POW. Get a raffle ticket with any beer purchased to enter for prizes!

Outer Range, WeldWerks and Friends Tap Takeover
Where: Après Handcrafted Libations, 130 South Main Street, Breckenridge, CO
Date and Time: Friday, January 10, 2020 at 7:00pm
Details: Some of the best breweries in the Nation are taking over our taps! Join us as we tap very special beers in honor of the Big Beers, Belgians & Barleywine Festival that you’ll only find at Après. All beers tapped at 7:00pm on Friday, some with snack pairings to try, too!

SOS Benefit Featuring Horse and Dragon
Where: Après Handcrafted Libations, 130 South Main Street, Breckenridge, CO
Date and Time: Saturday January 11th, 2020 at 7:00pm
Details: Join us after the Big Beers, Belgians & Barleywine Festival for an all-around epic after party! On Saturday at 7pm we will be tapping Adventure On IPA, Sad Panda Coffee Stout, and a one-time-only pin of a special variation of Almost Summer Blonde Ale from Horse and Dragon Brewing Company and a portion of the proceeds will be donated to SOS Outreach!

What is SOS Outreach? SOS Outreach serves 5,000 at-risk youth between the ages of 8 and 18 annually. They are a youth development non-profit that uses year-round outdoor sports to engage underserved students in long-term mentor based relationships. Their core value curriculum integrates outdoor experiential learning, character development, community service, values-based leadership development, social justice advocacy, and peer mentoring. Through each of their programs, SOS participants are encouraged to transform themselves and others for the better using our six core values of courage, discipline, integrity, wisdom, compassion, and humility.

Close Big Beers Weekend with Dogfish Head and Stone
Where: The Gold Pan Saloon, 620 Village Road, Breckenridge, CO
Date/Time: Saturday, January 11th, 2020 at 8:00pm
Details: Close out your weekend at this annual bash with the crew from Stone and Dogfish Head paired with DJ NME1.

No affiliate events at this time 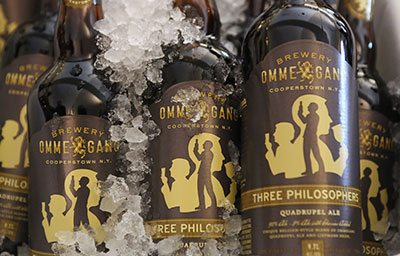