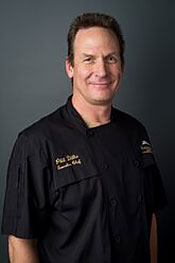 Chef Phil grew up in Sedona, Arizona where he first got started in the restaurant business. He started working in the front of the house with an American/French influence.  He found his way to Boulder, CO where he worked at Juanita’s Mexican food as a server, bartender, and eventually, cook. From there he made his way to beautiful Breckenridge, CO where he was able to combine his love of food with his love of the outdoors.  He spent some time as the Head Chef at Mi Casa before moving to the Dredge and finally landing here at Beaver Run.

With his long history in the Culinary Arts he brought many talents to the Beaver Run kitchen helping us transform into what we are today.  He specializes in local cuisine highlighting items like our Elk Tenderloin with forest mushroom and spinach risotto and a fig gastrigue; our Colorado Lamb Shank served in pan jus with garlic mashers and summer vegetables; and our classic Hand Cut Colorado Steaks made just the way you like it.

Chef Phil is an asset to our company and is truly paving the way towards a new food future for Beaver Run.  He is our head chef for Spencer’s Restaurant, Coppertop Café and Bar, and our Banquet Operations. His passion for the craft is evident and we are blessed to have him on board.

This year our Featured Brewmasters are Jeffrey Stuffings of Jester King Brewery, and Cory King of Side Project Brewing. We are always pleased to welcome our colleagues, and sincerely thank them for making the trip to join us. 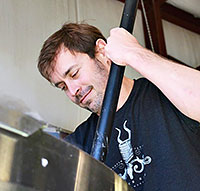 Jeffrey Stuffings is the Founder of Jester King Brewery in Austin, Texas. He grew up in Bradenton, Florida and graduated from the University of Notre Dame with a degree in Political Science in 2002. He then graduated from Boston College Law School in 2006.

During his time in Boston, Jeffrey was introduced to craft beer and homebrewing. In 2007, he followed his wife Amber to Austin, Texas and began homebrewing intently. Dissatisfied with law, Jeffrey left the profession and began working at Austin Homebrew Supply, while simultaneously working on the business plan for Jester King Brewery.

After fundraising and construction, Jeffrey opened Jester King in 2010 along with his partners Michael Steffing and Ron Extract. Today, Jeffrey manages the brewery and maintains oversight of all aspects of the business. He and his wife Amber have two children and live in Dripping Springs, Texas. 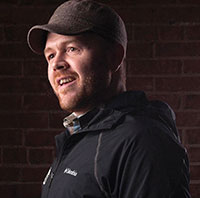 Cory’s first love in the beverage industry was for wine, and that passion can be seen in his oak-aged beers at Side Project. He originally sought a career in winemaking, but he decided to start homebrewing after his brother-in-law introduced him to the craft.

Discovering that experimentation with fermentation and interpretations of beer styles could be explored in the kitchen, he was hooked on brewing. Cory’s first professional brewing job was with Perennial Artisan Ales, where he was lucky to be able to continue experimenting and start Side Project Brewing during his career there.

His love for oak began with wine and is now his focus with all the beers at Side Project Brewing. Cory appreciates traveling with his wife and son to breweries, distilleries and wineries all over the world and learning as much as he possibly can. 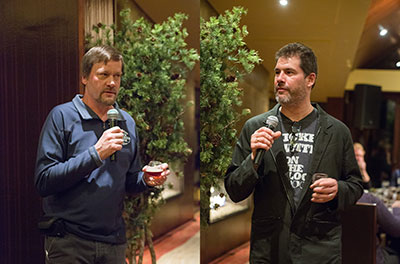